Nicaragua has 19 volcanoes (of which nine are active) that serve as a beautifully picturesque backdrop up and down the pacific coast of the country. You can’t look away from the ocean without spotting one in your peripheral. 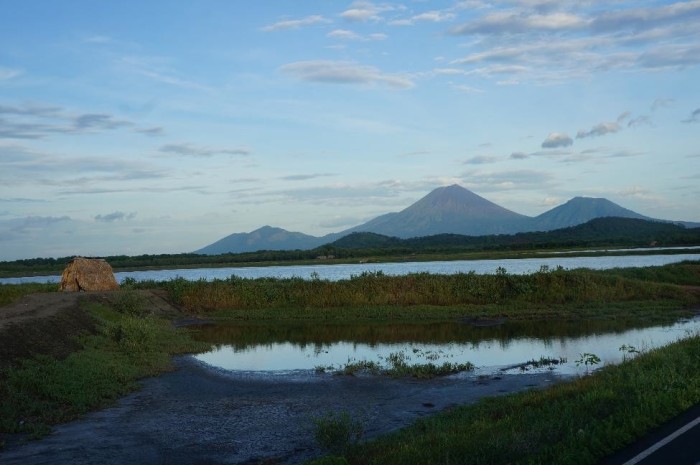 But these beauties aren’t just for good pictures, they are also a heck of a lot of fun to go climb. We went on a bit of a volcano climbing marathon, summiting four of them in a week.

Although there are plenty of volcano hikes in Nicaragua, the four that we did were all spectacular (Masaya, Concepcion, Telica, El Hoyo). Here’s how we’d rank them:

Within an hour’s drive of Granada or Managua, Masaya is a nice warm up hike. There are plenty of tours available or you can do it yourself. Masaya is one of the most active volcanoes in Nicaragua and is located in the first national park in the country. The sunset tour provides some really cool lookouts at both the active and inactive craters. We’d recommend going with an operator providing gas masks, as the sulfur is no joke. An added bonus is a brief cave tour after dark, where thousands of bats will whiz over your head as you make your way through the cave.

In the active crater of the Masaya complex 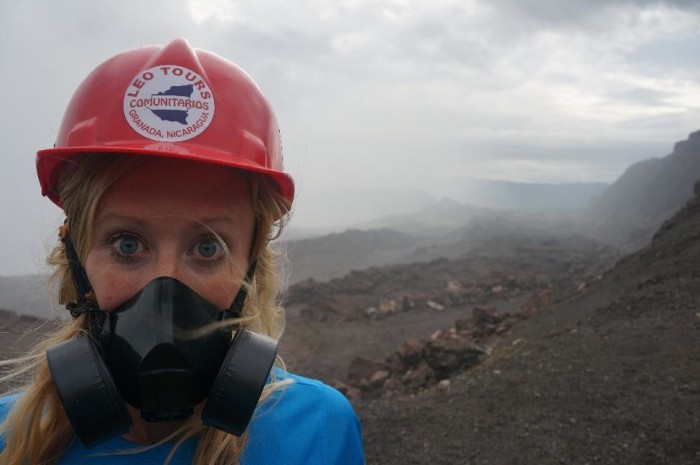 About 30-45 minutes from Leon, this hike winds around two volcanoes, Las Pilas and El Hoyo, and to the almost perfectly circular crater rim of El Hoyo. What we enjoyed most about this hike were the awesome views of the line of Nicaraguan volcanoes in both directions and Lake Managua. The crater rim of El Hoyo is also pretty cool, as it pretty much comes out of nowhere on the side of the mountain. Although not a terribly difficult hike (5-6 hours and not a huge climb), plan on a full day as Nica-time (think “island time” on vacation) is in full effect in Leon. This could also be paired with a volcano boarding trip on Cerro Negro, as they have the same trailhead.

Start of the El Hoyo hike – that’s Cerro Negro in the background, the most active volcano in Nicaragua 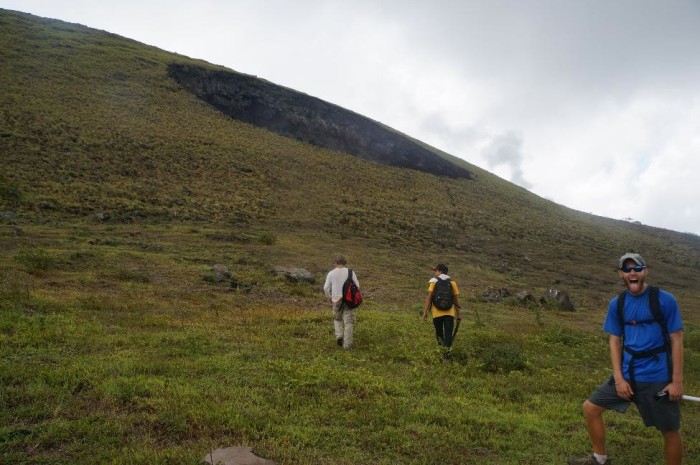 A first glimpse at El Hoyo (“the hole”), which seemingly comes out of nowhere

At the crater rim

She made me nervous here

This was the hardest of our four volcano treks and probably the most difficult day hike we’ve done in eight months of traveling. Concepcion is the higher of two volcanoes that make up Isla Ometepe in Lake Nicaragua. The grueling 5,500 foot climb starts at 5am (we did it starting from Moyogalpa). For six long hours we climbed through rain, mist, and fog to the summit. The climb really starts to get difficult around 4,000 feet where the sliding volcanic scree makes two steps equal one. 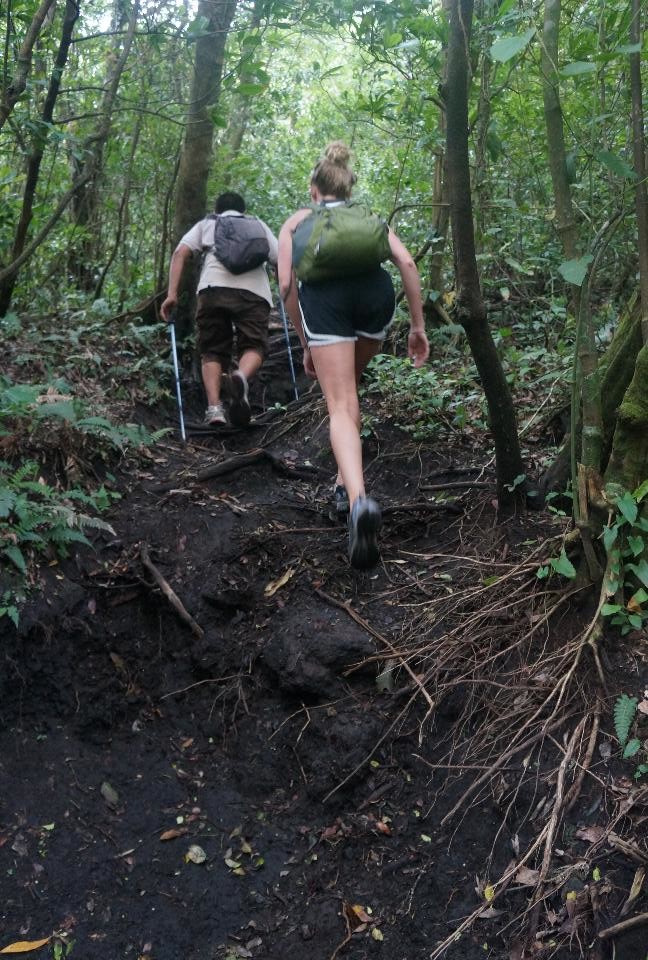 On the way up through the jungle

The hike was difficult enough that at about 4,500 feet our guide announced that we should continue on to the summit by ourselves while he waited there for us to descend. After a frightening experience getting lost on a volcano in Indonesia (another story yet to be told on Beaches & Backpacks) and given the fact that we were paying him specifically for his guidance on this part of the trek, we announced back to him in broken Spanish that this, in fact, was not an option and that he would continue to the summit with us.

Reaching the summit was bitter sweet. It felt great to stand on top of this huge volcano but because of the weather we couldn’t see a damn thing! Still, we were very happy to have made it to the top. As difficult as the ascent proved to be, the descent was equally, if not more, difficult (especially toward the top). The rocks and scree made finding sure footing virtually impossible, and it’s a miracle we came off the mountain with our knee and ankle ligaments more or less intact. Suffice it to say, we didn’t do much of anything after getting back to the hostel around 3pm except sit around and rehydrate.

If you are in Nicaragua and enjoy difficult hikes, do Concepcion. It’s a really rewarding experience. There is also an option to just go to about 1,000 meters to a “lookout point” instead of continuing to the summit.

A glimpse at what we were dealing with toward the top

Imagine yourself standing on the dizzying edge of the massive crater of one of the most active volcanoes in Nicaragua. A glance down clearly reveals molten lava 1,000 feet below. A glance up reveals a spectacular sunset behind a line of other volcanoes as far as the eye can see. Welcome to Telica.

If you are in Leon, just do this hike. It’s incredible. And really not that difficult (the most difficult part is surviving the ridiculous 2-3 hour drive from Leon to the trailhead). You won’t be disappointed.

View of massive Telica crater from a distance 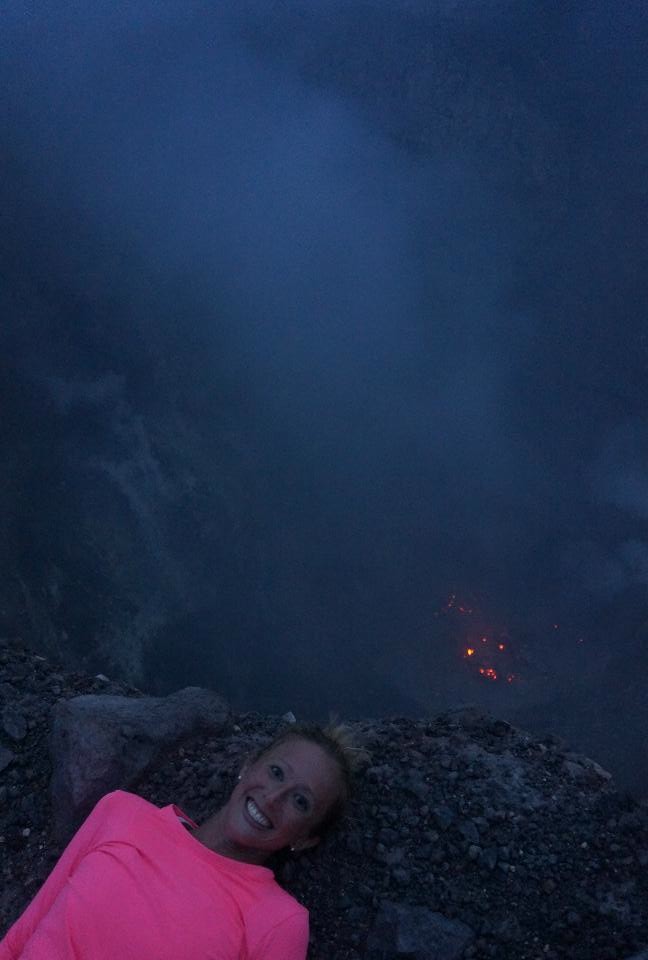 That’s real lava down there

As beautiful as this country is from sea level, it’s got nothing on the views from above. A trip to Nicaragua wouldn’t be complete without one (or many) volcano hikes. GO CLIMB SOMETHING!

10 thoughts on “Ranking the Four Best Volcano Hikes in Nicaragua”